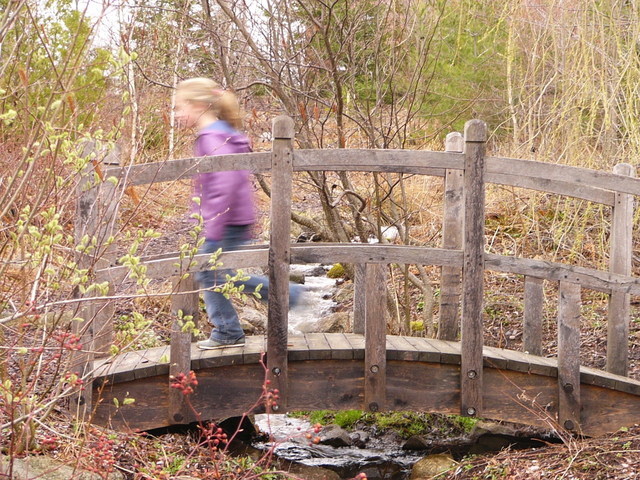 Pastor Alan’s current series exploring the theme of "New beginnings" is based on the Old Testament book of Joshua. The series commenced at the beginning of the fall season, a time of change for many people, certainly for students after the long summer break. I am very grateful for the timing of this series, as I have been encouraged weekly in its direct application to my present spiritual journey.

I would summarize my learning through the first four chapters in the series in the following manner: Exodus 1: God's recurrent encouragement to Joshua in his new leadership role after Moses' death "Be strong and courageous", finds resonance as I face life challenges. Exodus 2: Rahab's faith in Yahweh and the promise of protection to her household is a confirmation of God’s willingness to save the stranger, the outcast and all who would put their trust in Him. The miraculous parting of the river Jordan and Israel’s crossing on dry land in Exodus 3 and 4 is a strong reminder of the awesome presence and power of God who goes before us. Our text for this week is the story of the fall of Jericho to the emerging nation of Israel, as it begins the journey to take possession of the land across the river Jordan.

In Alan’s words, “the core of our relationship with God is grace and faith”. Regarding Israel, God’s grace is without question in His redemptive act from Egypt and provision of a new territory they could call their own. The walls of Jericho posed a strong resistance to the takeover of the city. Nevertheless, in faith, Israel complied with a rather baffling instruction from God to march around the city, once daily for six days, in total silence aside from the blowing of the horns. On the seventh day, they were to make seven circuits around the city and end with shouts. They obeyed. And the walls of Jericho collapsed! Jericho was not defeated by military strategy. "By faith, the walls of Jericho fell down" Hebrews 11:30.

“Things are not as simple as we think” said Alan. In relating with God we must allow our minds to open up to a whole new way of thinking. God’s ways are higher than our ways and His thoughts infinitely greater than ours.

Through faith, Rahab, the prostitute, and her household receive salvation. You and I, are the ultimate partakers of Gods grace, for “His divine power has given us everything needed for life and godliness, through the knowledge of him who called us by his own glory and goodness (2 Peter 1:3). May we have open minds to follow God’s leading. Amen.

Thank you so much Muyiwa for sharing your well-organized reflection on the lessons that you have learned to help you continue on your faith journey. God's encouragement given to Joshua to "Be strong and of good courage" provides a wonderful mantra that could be repeated and meditated on several times a day.

Personally, I need to remind myself daily and sometimes hourly of the truth from Isaiah that "God's ways are higher" and to re-focus on Proverbs 3: 4-5 which admonishes believers not to lean to our own understanding, but in all of our ways to acknowledge God who will direct our path.

Ron Morrow over 4 years ago

Thanks for sharing your thoughts with us, Muyiwa. As I reflected on what you’ve written, it occurred to me that the God who caused the walls of Jericho to collapse is the same God that we are depending on to raise up the walls of the new building next door. Thankfully, God hasn’t asked us to parade around the Metrolinx parking lot once a day for seven days. But if He did, would I be ready to go? Would you? May God grant us the faith to go wherever He may lead us.