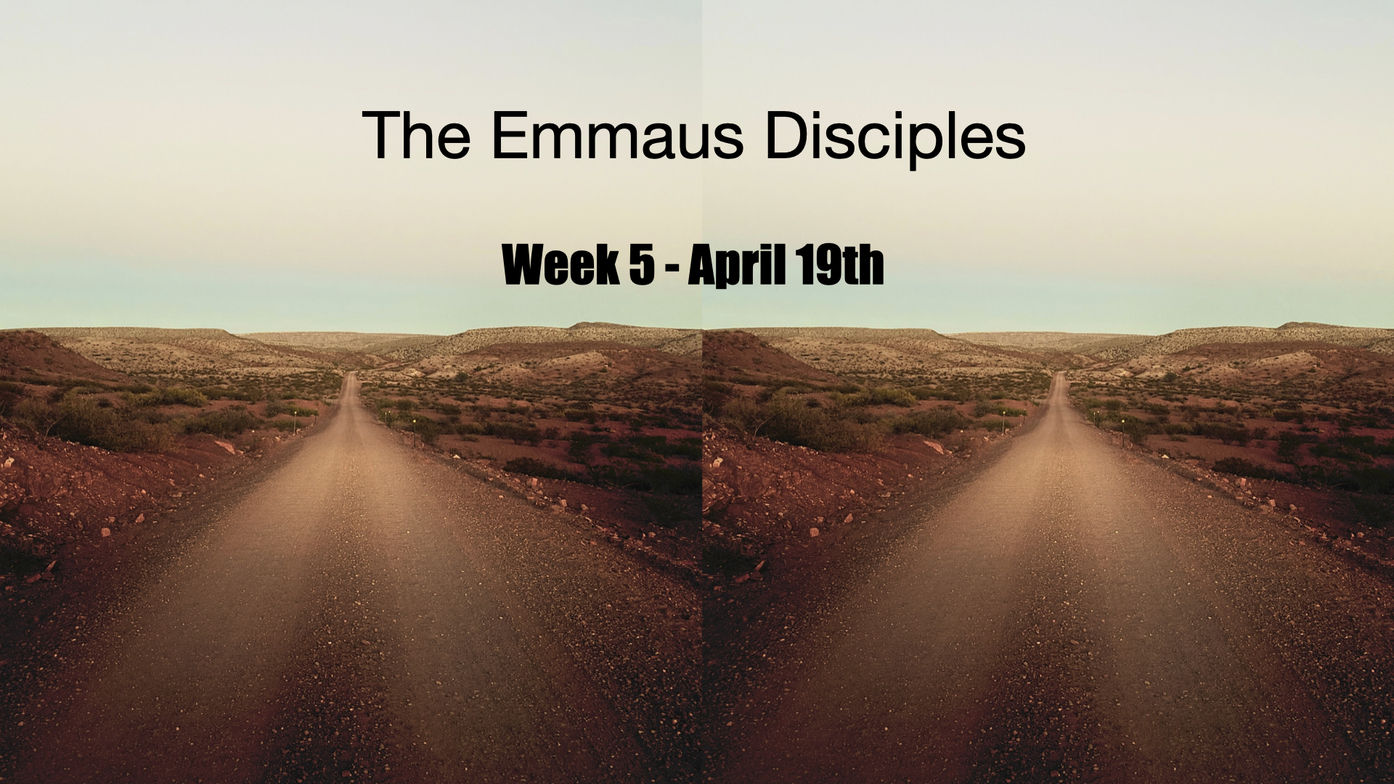 Suggest silly walking styles (have your kids suggest some as well) and walk around the house in that style. Examples: duck walk, bear crawl, crab walk, high knees….

Lesson Connection: In today’s bible story two of Jesus’ friends where walking down the road to a village called Eammaus. They were probably walking normally :) They were talking about everything that had happened with Jesus.  Let’s see who joined them on their walk.

2. Who is this? (The Gospel Project for Kids, LifeWay)

Gather some recent, baby and younger photos of the whole family.  See if everyone can recognize who everyone is.

Lesson Connection:  Did you recognize everyone? Why? Why not? In today’s bible story Jesus joined some of His friends as they were walking. Even though the men knew Jesus, they did not recognize Him.  Let’s see when they realized when they had been with Jesus.

Reflection to Parents and Guardians

On resurrection morning, the angle at Jesus’ tomb asked the women, “Why are you looking for the living among the dead?” (Luke 24:5). Even when Peter and John ran to the empty tomb to see if for themselves, Peter was amazed but uncertain (Luke 24:12), while John believed (John 20:8).

That same day, two disciples were walking to Eammaus, arguing about recent event.  Jesus began walking next to them, but God prevent them from recognizing Him. (Luke 24:16) Jesus simply asked them what they were arguing about. They stopped walking. How could He not have heard about what happened over the last three days?

The two disciples had hoped Jesus was the Redeemer of Israel. Their hopes were crushed when Jesus died. Now Jesus explained to them why the Messiah had to die, starting with Moses and the Prophets. Jesus showed how the Scriptures point to Him. (Luke 24:27; John 5:39)

The Bible is not a collection of unrelated stories. The whole Bible is about Jesus. When Adam and Eve sinned, God began working out His plan to send Jesus to rescue people from sin. (Gen 3:15) All of the Old Testament points forward to Jesus’ life, death and resurrection — the time when Jesus would bring God’s promised salvation for sinners.