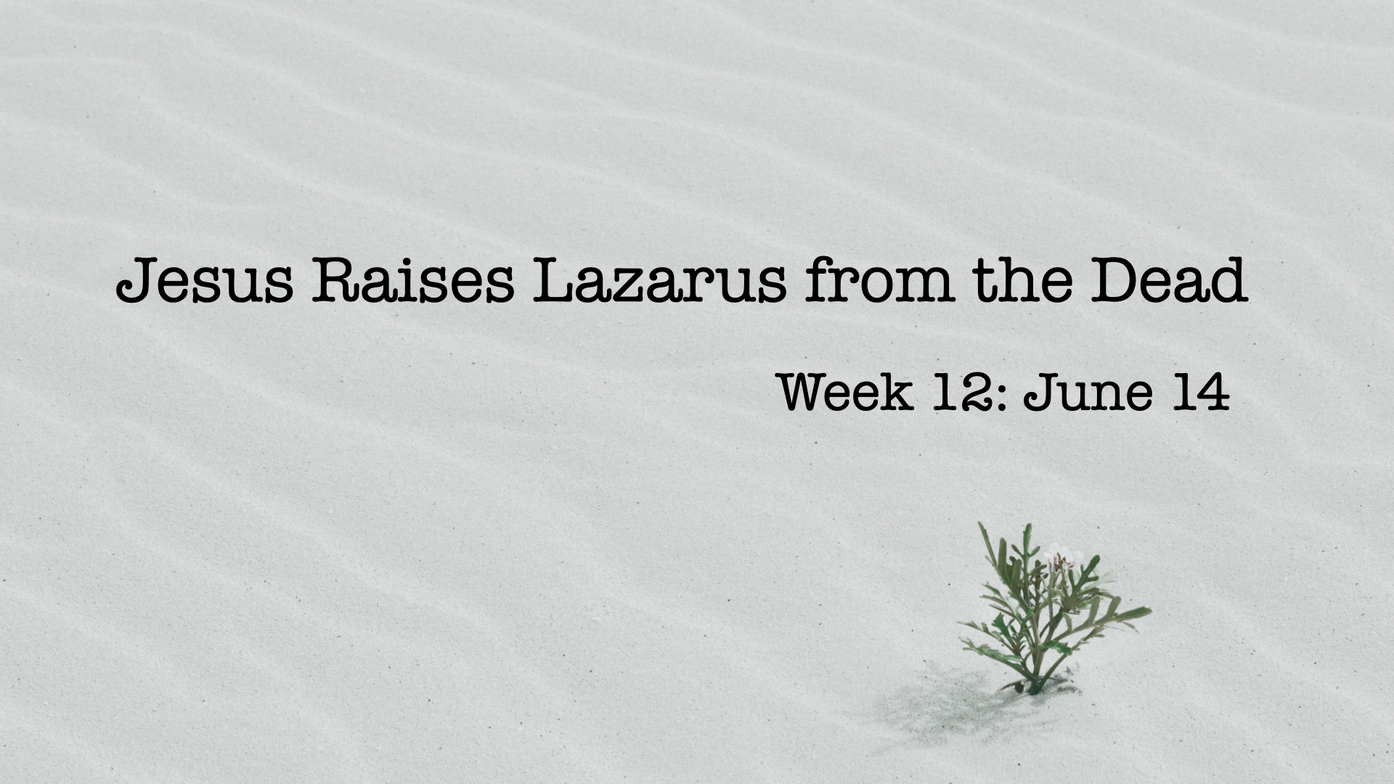 Jesus Raised Lazarus from the dead

Relction to Parents and Guardians

Jesus received word that His friend Lazarus was sick. Lazarus was the brother of Mary and Martha. They lived in the town of Bethany, which was two miles away from Jerusalem. Mary and Martha send a message to Jesus, likely expecting Him to come right away.

Jesus loved Mary, Martha and Lazarus; yet He stayed where He was, and Lazarus died. Why would Jesus do such a thing? Jesus said that Lazarus’ sickness was “for the glory of God, so that the Son of God may glorified through it” (John 11:4). He said that He was glad He wasn’t there when Lazarus died so the the disciples may believe. (John 11:15)

Jesus’ timing is always perfect, and He acts or doesn’t act so that God will be glorified.

By the time Jesus arrived in Bethany, Lazarus had been in the tomb for four days. Martha went to meet Jesus. She said to Him, “Lord, if You had been here, my brother wouldn’t have died.” Jesus had shown His power to heal people who were sick. Even still, she believed He could do a miracle.

Jesus told Martha, “I am the resurrections and the life” (John 11:25). Jesus is the source of life—eternal life that cannot be destroyed by death. Believer do not need to fear death because physical death is not the end (John 11: 25-26) Jesus endured death for us so that when we die and are absent from our physical bodies, or souls are with the Lord. (2 Corinthians 5:8)

Jesus raised Lazarus from the dead. His messiahship was clearly on display, and it was Jesus’ claims to be the Son of God that would lead to His death on the cross. Jesus interrupted Lazarus’s funeral knowing His would soon follow.

Jesus raised Lazarus from the dead: He showed that He was power over death. Jesus died on the cross for our sin and rose from the dead. He gives eternal life to those who trust in Him.

Matarials used in this lesson plan are from: The Gospel Projects for Kids, LifeWay; Crossroads Kid's Club; Go Firsh Guys