Week 11: Jesus Heals a Woman and Raises a Girl 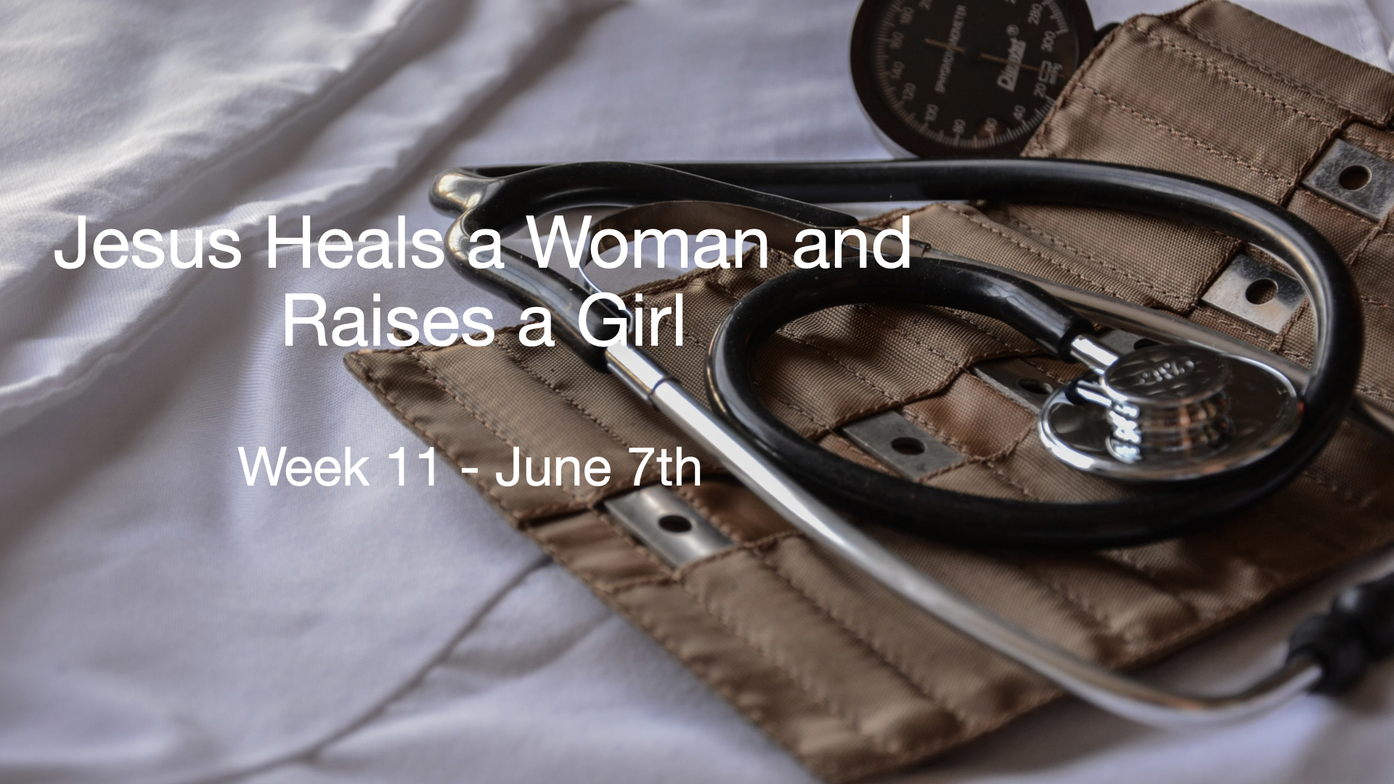 Jesus Healed a Woman and Raised a Girl

Reflection to Parents and Guardians

Jesus had just returned from the region of the Gerasenes, where He had healed a man with an unclean spirit. He crossed the Sea of Galilee and came to shore, where He was surround by large crowd of people. News of Jesus’ teachings and healings was spreading, and people wanted to see Jesus. They wanted to learn from Him and be healed.

Jairus, a leader in the synagogue, came to Jesus in crisis. His daughter was at the point of death. Without Jesus’ help, she would surely die. Jesus went with Jairus, but as He walked, a woman in the crowd came up

behind Him and touched His robes. She too was desperate for healing. The woman believed that Jesus’ power was strong enough to heal her even if all she did was touch His robes. Because she had faith, Jesus healed her.

Imagine Jarius’s devastation when he heard that his daughter had died. The people suggested that Jesus was too late to help her, but Jesus proved them wrong. He went to Jairus’s house and raised the little girl from the dead.

Through His healing miracles, Jesus showed His power as Messiah. Jesus died on the cross and rose again to save people from sin and death. When we trust in Jesus, God forgives our sin and changes us to be more like His Son.

The woman and the father of the little girl came to Jesus in faith. They needed Jesus’ help, and they trusted in Jesus’ power to heal. After Jesus died on the cross and rose from the dead, He ascended to heaven. Even though Jesus is not physically on earth today, we can pray and ask God to heal people who are sick. Wether or not God grants physical healing, we can rest knowing that He brings ultimate healing though His Son, Jesus.

Materials and acitivites used in this lesson plan are from The Gosple Projects for Kids, LifeWay.